A majority of Americans feels that President Trump has made race relations worse since George Floyd was killed by Minneapolis police. That's according to a new NPR/PBS NewsHour/Marist poll taken this week after demonstrations spread around the country. Joining us now to talk about those numbers is NPR's Domenico Montanaro. Hi, Domenico.
DOMENICO MONTANARO, BYLINE: Hey there, Sarah.
MCCAMMON: So what are the big takeaways?
MONTANARO: Well, you named one of them. I mean, two-thirds of Americans think Trump has increased racial tensions in this country after George Floyd's death. And Trump is suffering politically because of it. His job approval rating is at 41%. It's down a couple points since March, but about where it's been. But his disapproval rating, the number of people disapproving of the job he's doing, is at 55%, almost the worst of his presidency.
And what's striking about this is the intensity of that disapproval. Almost half the country, 47%, now say they strongly disapprove of the job the president is doing. Independents strongly disapproving have shot up 10 points since March. And all that's put Trump in a big hole against Joe Biden. Biden leads Trump in a head-to-head in the general election now 50 to 43. And the poll shows Biden making inroads with key groups, like independents, whites, women and people who live in the suburbs in particular.
MCCAMMON: Let's dig a little more deeply into what people think about the president's handling of racial tensions since Floyd's death. You said two-thirds see him as increasing tensions, but how does that cut across partisan and racial lines?
MONTANARO: Well, about 9 in 10 Democrats and African Americans think he's increased racial tension, as do almost three-quarters of independents and 63% of whites. Forty-one percent of Republicans say he's decreased tensions. But, you know, the pollsters say that they found it pretty significant that given how much Republicans have lined up in lockstep with Trump that almost 6 in 10 of them believe that he's either increased tensions or that they're not sure if he has. By the way, between Trump and Biden, people say Biden would be better to handle race relations in the country by a substantial margin — 52% to 34%. 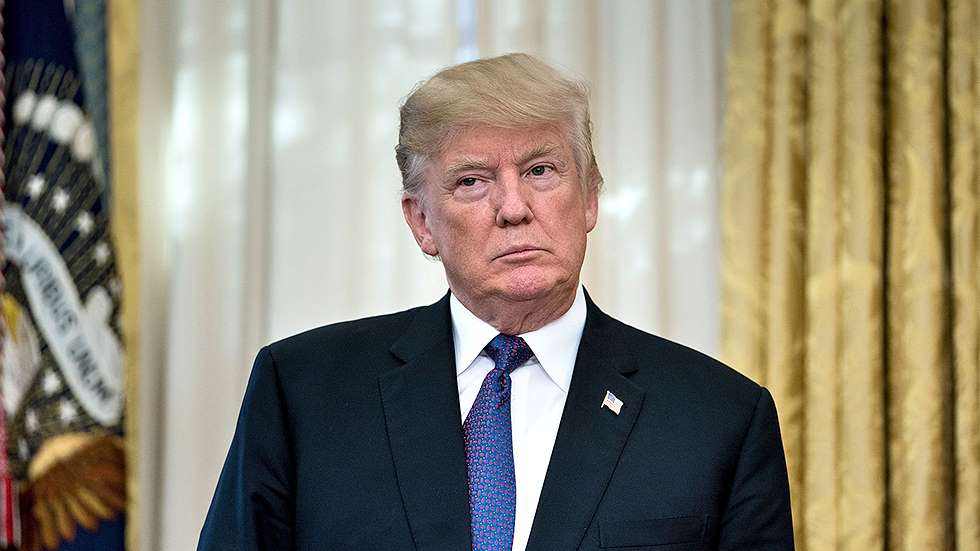 MCCAMMON: And this, of course, comes against the backdrop of massive nationwide protests at the death of George Floyd. What are Americans saying about the protests?
MONTANARO: Well, you know, Trump's had a lot of tough talk about the demonstrators obviously. But Americans as a whole don't agree with his characterizations of them. Overall, 62% that we talked to say that they view the demonstrations as mostly legitimate protests as opposed to people acting unlawfully. That includes 87% of Democrats, 65% of independents. The exception here is Republicans. Fifty-nine percent of Republicans think the demonstrators are mostly acting unlawfully.
Now it really should be noted, though, that these numbers are a really big sea change from the 1960s when most people had an unfavorable view of civil rights demonstrations and thought that they would hurt African Americans' goal of racial equality. And when it comes to police in our poll, a majority still have at least a fair amount or a great deal of confidence that their local police treat black and white people equally. But I have to tell you, that percentage is down 8 points since Marist last asked the question in 2014. And there's a huge racial divide, with almost half of black Americans saying that they have very little to no confidence that the police will treat everyone equally.
MCCAMMON: Lots of numbers there, numbers to watch in the coming months. Thanks so much, Domenico.
MONTANARO: You're welcome, Sarah.
MCCAMMON: That's NPR's Domenico Montanaro.